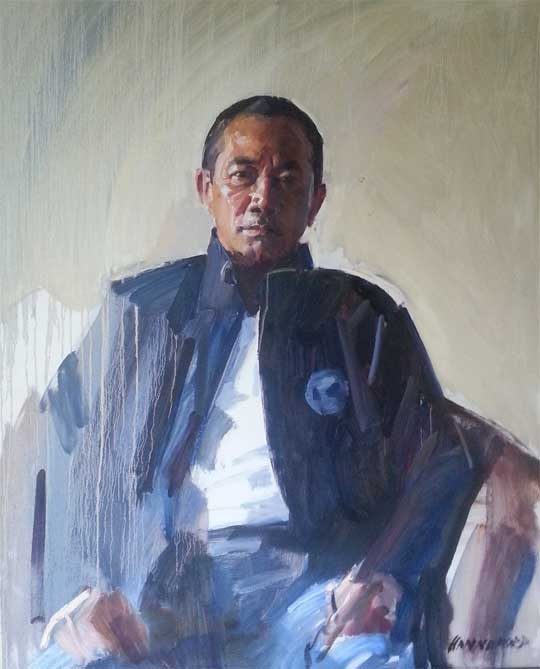 Cesar, 57 has lived in Adelaide for the last 23 years, he’s originally from the Philippines where he has 14 cousins, all of whom work at sea and inspired him to go to sea; “You can see the world for free!” Cesar has a wife and 2 daughters and says the biggest challenge being away at sea is homesickness. When asked how to combat it, Cesar said the only way to stop yourself from feeling homesick is to just focus on what is directly in front of you and to try not to think about anything else. He has a tattoo on his arm of bird, symbolising freedom. Like many seafarers from the Philippines, karaoke is Cesar’s favourite way to pass the time on ship. He takes his own karaoke machine on board with him and his top karaoke songs are: Julio Iglesias- ‘To All the Girls I’ve loved before’ and Stevie Wonder- ‘I just called to say I love you.’ What’s the hardest thing about going to sea? “Nobody tells you about the waves.”