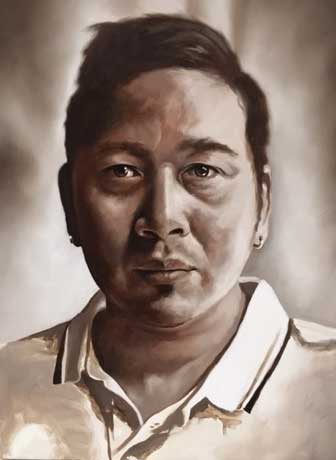 June first went to sea in 2000 in the Philippines, where seafaring is a common career path. With lots of family members being inter-island seafarers working within the Philippines, it was one of June’s uncles who encouraged him to work on international ships where the money is better, starting at $30,000 a year. June jumped at the chance and was fortunate to be on some good ships. Some of his friends weren’t as lucky. Some ship owners don’t look after their crew the way they should and June has seen ships where the crew haven’t been fed, they’ve had had to fish for food out in the middle of the ocean or spend their hard earned money buying food when they’re in port, and that’s if they’ve been paid. June lives in Melbourne now with his wife and baby and works at the Stella Maris seafarer centre in Melbourne, caring for seafarers who are being mistreated, making sure they get the help they need. June said most seafarers from the Philippines wont speak up if they’re in trouble;

“In the Philippines, if we approach the authorities, maybe that authority is one of the shipowners, they will blacklist me from the company and the next port, they will send me home, then I’ve got no job and my family will be starving. So that’s why we just keep quiet. Even if the management inside a ship is not good, we just say ‘yes sir, yes sir’ and go with the flow. But here in Australia, they treat it heavily that’s why I encourage the seafarers to tell what’s going on if they’re in trouble.”

When asked what changes should be made to stop exploitation of seafarers, June said if maritime workers around the world worked under the same system as in Australia, everyone would be safer and happier…especially the wives!