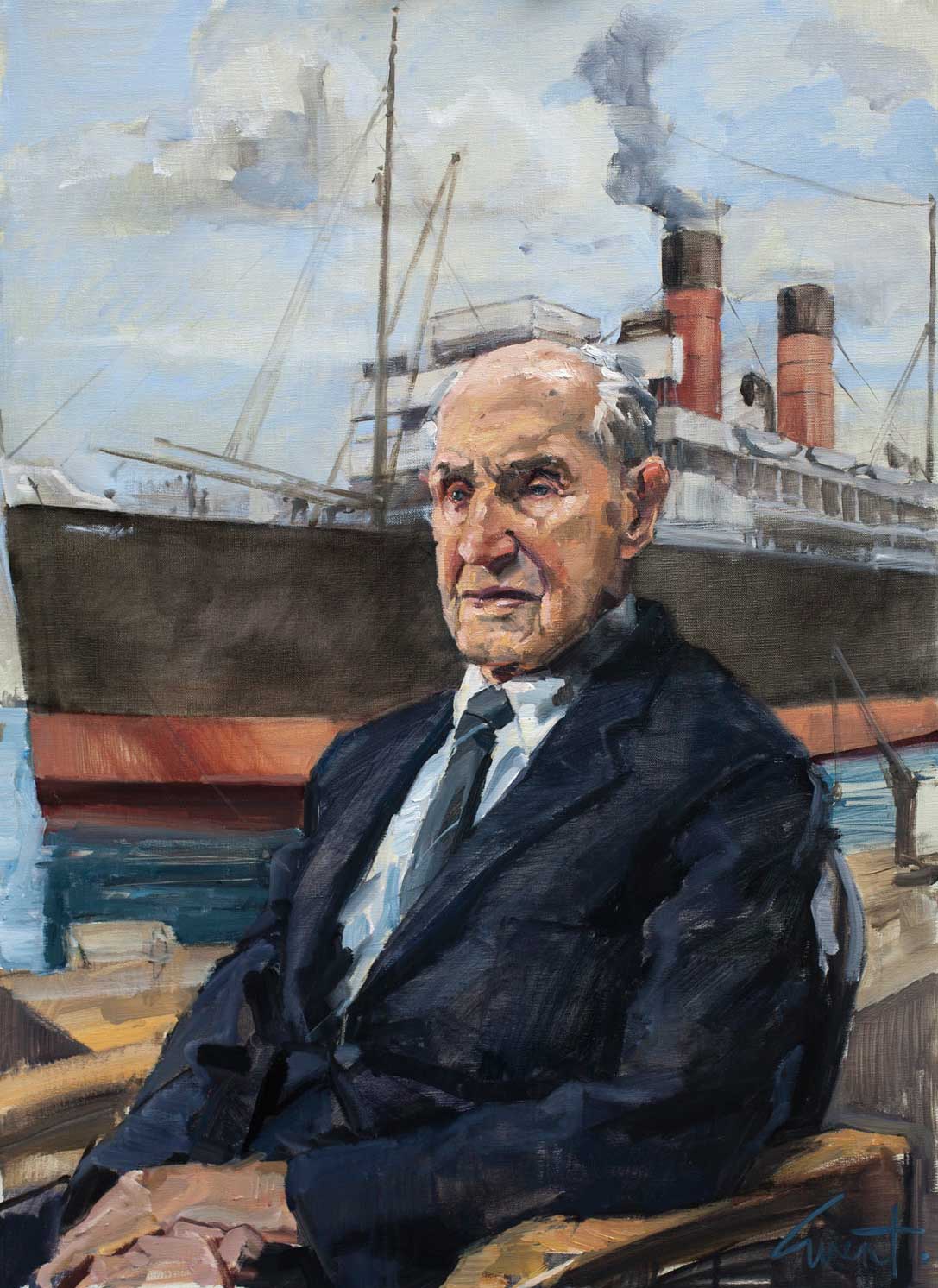 Merchant Seafarer who Served for Us

In 1942, in the middle of the Atlantic, surrounded by an oily ocean that is on fire, a seafarer is quietly reciting Psalm 107. He has burns over much of his body. His hair has been singed off, from swimming from his sinking ship through flames and pulling himself into a lifeboat. In the distance is the sound of gunfire, depth charges and torpedoed boats exploding as the convoy he was part of sails on, leaving him to almost certain death. He is a young merchant seaman, who is serving his country taking on these convoys in an attempt to try and supply a starving Britain. He has made some successful trips and been blown up three times and miraculously rescued. However he has lost almost all his friends. Sitting in his lifeboat, he knows they are buried deep below him in a mass grave five miles down in the rusting steel tombs of the sunken ships… over a 100,000 merchant seamen down there. Unlike the Navy, none of them are recognised for their service, because they are not in uniform. On their ships they are sitting ducks, with almost nothing to defend themselves with. He knows his luck is running out, but each crossing he chooses the most dangerous ships in the convoy – tankers or munitions… because, having cheated death so many times, he thinks he is charmed. As he rocks in his alone lifeboat – having watched others had try to swim through the flaming sea to the boat – he recites part of a bible he stole from his girlfriend (Moyra’s) house – Psalm 107, Song of Songs… and talks to those in the mass grave below, about how he will cheat death for them again. He tells them of his girlfriend back in port, and when he gets there, he promises he will live life to the fullest for them. He and his lover will meet at a club called Sirens, and he will drink for them and kiss her for them and sing for them because life is so short and tomorrow we die… and next ship, he will choose a munitions carrier and cheat death for them again.

As he sits there, in the lake of fire, he hears voices… the voice of his girlfriend, the voice of sirens, the voice of the first woman to circumnavigate the world, as if they too are in lifeboats in the middle of the dangerous Atlantic.